Pros and Cons Of Living In Bend, Oregon 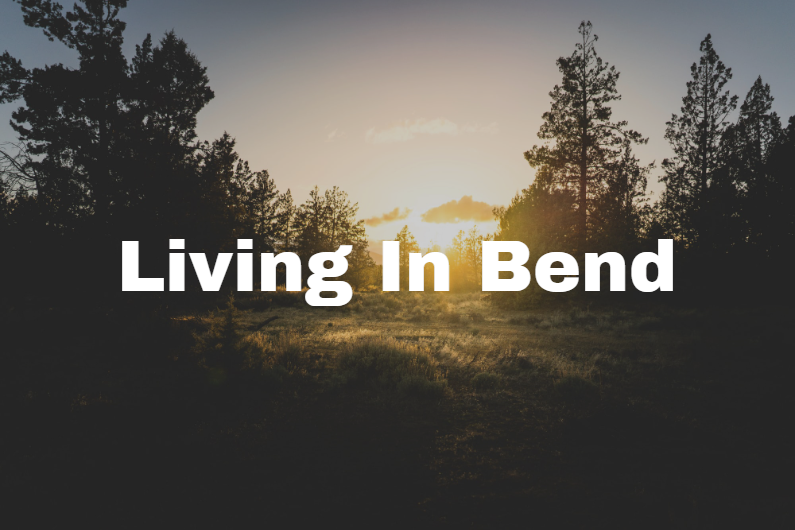 Bend, Oregon is one of those historical cities in the U.S. that started out as a place of refuge for intrepid travelers crossing the desert. What began as a small outpost and humble rest-stop, is now a beautiful up-and-coming city, perfect for raising a family.

Bend is just a three-hour drive from Portland, nestled at the edge of the Deschutes River. Surrounded by the Cascade Mountains and their breathtaking scenery, it’s an idyllic hamlet for those looking for a slower pace of life.

Here’s what to know about the pros and cons of living in Bend, Oregon.

For those who love all things to do with outdoor recreation, Bend does not fit the bill any better. Surrounded by mountains, the Deschutes River, and even an extinct volcano within the city limits, there’s plenty to do.

Bend rates as one of the top cities in the U.S. for its walking and biking trails. But there’s also kayaking, fishing, hiking, and cycling. In winter, some popular activities include skiing and snowshoeing.

The great thing about Bend is its size. It’s large enough that there’s plenty of diversity in terms of outdoor pursuits. But it’s also small enough that everything is within a 10-minute drive of where you live.

What’s more, this city experiences fantastic weather for most of the year with approximately 158 days of sunshine. Hence its reputation as the ”sunniest city” in Oregon.

Foodies, Eat Your Heart Out

All that sunshine not only makes Bend a great place for outdoor sports but al fresco dining, too.

You are spoilt for choice when it comes to the selection of breweries, coffee shops, cafes, and bistros in Bend. Many of which make a point of serving their customers al fresco, to lap up the weather.

If you consider yourself a foodie who has an appreciation for great food, wine, beer, and atmosphere, Bend has it all.

Bend Is Perfect for Families

Due to its slower pace, idyllic surroundings, steady weather, and great safety rating, this city is ideal for raising a family.

Bend is also home to some of the best schools in the state of Oregon, and packed with a plethora of family-friendly activities throughout the city.

Just some of these include:

It’s also worth mentioning that Bend ranks as one of the most dog-friendly cities in Oregon, home to a number of off-leash dog parks.

Tech Is Booming in Bend

Due to its size, Bend is not exactly a mecca for a huge array of jobs. But that comes with the territory of moving to a smaller city. However, an industry that’s currently booming is the tech business.

So much so that many entrepreneurs have made their move to the city to capitalize on new opportunities that abound. Bend is verging on becoming the ”hot spot” for tech, whether you’re a freelancer, or looking to establish a startup.

Another great perk? The low housing prices and great income potential make Bend all the more attractive to ambitious newcomers.

The Cons: There’s a Lack of Diversity

Like many small cities and towns across the U.S., there is a distinct lack of diversity when it comes to ethnicities and cultures.

If you enjoy the color, buzz, and vibrancy of a culturally diverse city, then Bend might not be the right fit for you.

Despite this, the city is slowly beginning to experience a recent boom in cultural diversity thanks to increased job opportunities.

Bend’s culture comes from its history and that of the surrounding region, shaped by the Oregon Trail.

The reality is that you wouldn’t exactly move to Bend for cultural diversity — it’s more for the laid-back pace of life, the weather, outdoor pursuits, and safety.

Fire Season Is a Real Concern

The proximity to the surrounding Cascade Mountains and its foothills means that Bend is a city exposed to wildfires in the dry season.

While plenty of safety measures are in place, as well as constant monitoring, fire season still comes with risks.

Wildfires that often occur in the summer bring traffic delays, railroad closures, and evacuations, on occasion. Bend and its surrounding foothills are no stranger to controlled burns during the season, but rogue wildfires do still happen.

Bend’s population has doubled to 100,000 in 2021 (according to Portland State University’s Population Research Center) and is expected to increase to a population of nearly 153,696 by 2040.

These are not huge numbers compared to most other cities. But if you are looking to move to a small town, we wouldn’t consider Bend to be one anymore.

The City of Bend has a comprehensive plan for public infrastructure with this growth. This includes creating new Bend neighborhoods, walking, bicycling, driving, and transit.

If You’re Not Used to Snow, Winter Is an Adjustment

Bend is a city that experiences all four seasons. Yes, it’s a sunny place, but the winters are cold (even if the sun shines!).

You can expect to experience snowfall each year — at least two-three feet on average. And sometimes, the city experiences the odd snowstorm.

Summer is, by far, the longest season as the warm months stretch right up until September some years. But when there’s heavy snowfall, roads become difficult to navigate and this can isolate you within the city limits.

For those with green thumbs, the cold winters also mean your growing season is a little shorter than in other parts of Oregon.

Thinking of Living in Bend, Oregon?

Whether you’re looking to make a move within the state of Oregon or from across the country, Blue Box Storage is here to make your life a whole lot easier.

We bring the ultimate storage option to you with our portable storage boxes, available in small, medium, and large sizes. Bring your dream of living in Bend, Oregon to life and get in touch with our team today for all your storage needs.